In the mid-1980s the Echo Parakeet (or Mauritius Parakeet, Psittacula eques) was considered as one of the most endangered species of parrot in the world, but massive concerted conservation efforts by local as well as international conservationists saved it from the brink of extinction.

The Mauritius Parakeet is considered a lollapalooza of conservation biology.

Its status was downlisted from Critically Endangered to Endangered on the International Union for the Conservation of Nature Red List in 2007.

But the parakeets’ future is no longer secure and rosy.

The spectre of extinction is spreading its wings and looming large once again.

An outbreak of the highly contagious and fatal Psittacine Beak and Feather Disease (PBFD) is threatening to wipe out the parrots.

Intensive conservation management programme dropped to a minimal survival management strategy, targeting at reducing the risk of spreading the disease among the birds, whilst ensuring sustained breeding productivity.

In 2006 a substantial percentage of the Echo Parakeet’s population encountered the disease and the majority of juveniles showed clinical symptoms of PBFD. 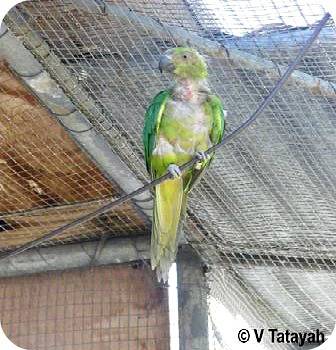 Insights into the virus causing disease of the Echo Parakeet

However, a ray of hope is emerging from the Durrell Institute of Conservation and Ecology (DICE), which is part of the of the University of Kent’s School of Anthropology and Conservation. A team of scientists led by Dr Jim Groombridge has gained new insights into a rare virus that is causing the spread of the disease.

Viral DNA extracted from the rare Mauritius parakeet blood samples were used by the team to identify how the world’s smallest DNA circoviruses have evolved to trigger the PBFD. This was rendered possible, according to Dr. Groombridge, thanks to the University’s 16 year archive of samples which spread over periods before, during and after the outbreak.

These samples were collected annually from the population as part of the routine field monitoring programme.

Dr Groombridge further commented that the outbreak of the Beak and Feather Disease gave the team of scientists a rare opportunity to gain an understanding about the evolution of what is a poorly-characterised virus in a wild population. How circoviruses, which are amongst the smallest and simplest of all DNA viruses, evolve were up to then in the domain of the unknown.

A remarkable discovery made by Dr Groombridge’s team was that immediately prior to the outbreak of the disease, two mutations were identified to have occurred within a gene of the virus that is involved in viral replication.

“The exact functional nature of these changes and how they elicited the outbreak is presently unknown," said Dr Groombridge.

He further added: “Perhaps most remarkable of all was how the new mutant forms of the virus then quickly out-competed all other viral genotypes within the parakeet population. This phenomenon, known as a selective sweep, has never before been observed in such detail in a virus infecting a natural wildlife population." 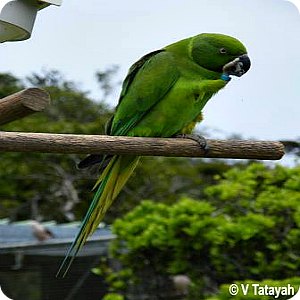 Now to secure a more promising future for the Echo Parakeet, scientists from DICE, as well as Kent’s School of Mathematics, Statistics and Actuarial Science, Wildlife Vets International, the Mauritius Wildlife Foundation, the Durrell Wildlife Conservation Trust and the Roslin Institute, have teamed together to focus research on the Mauritius parakeet’s immune system.

This will form part of continued international efforts to assist the Mauritius government to save this endangered species.

(Source for part of this article: publication from University of Kent)