The Frederik Hendrik Museum:
A Recollection of Mauritius'
First Inhabitants

The Frederik Hendrik Museum opened its doors in May 1999 and is named after the stadtholder of the United Provinces of The Netherlands who was in office from 1625 to 1647.

It is located at Old Grand Port, which is considered a historical site bearing witness to the Dutch and French colonial settlements in Mauritius, on the coast of south east Mauritius. The very first inhabitants of Mauritius, the Dutch, settled here to colonise the island.

The museum, surrounded by a luxuriant tropical garden, includes a visitors’ centre with an exhibition of artifacts found during archaeological excavations in the area since 1997 and the remains of some ruins. Reproduction of historical paintings and maps of the 17th century are also displayed in the complex. 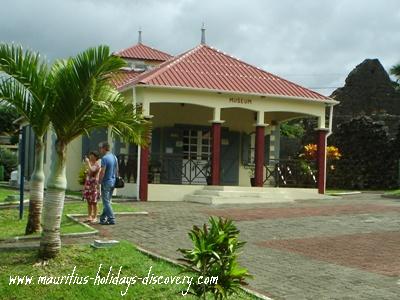 The existing ruins are remains of compounds erected by the French who came to Mauritius after the Hollanders’ departure. They consist of relics of the governor’s main residence, a bakery and a building which sheltered a store, a forge and a prison cell. 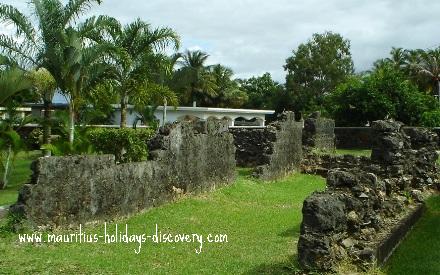 Ruins of the bakery

The walls of the ruins were made of basalt rocks, chippings, lime, mortar and fossil corals cut into blocks. Excavation works, however, led archaeologists to discover that the French ruins are standing on a Dutch fort buried layers below. 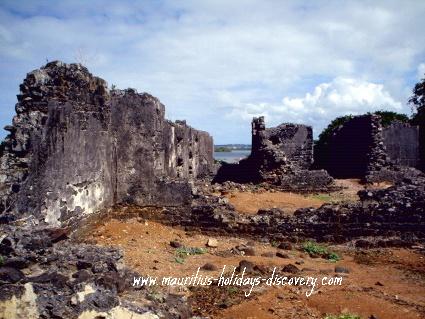 When Simonsz Gooyer, the first Dutch Governor of Mauritius, and his men landed at Old Grand Port, (which they named Port Zuydoosterhaven), in 1638 he built a small fort on this site. The fort was named Fort Frederik Hendrik to honour the brother of the Prince of Orange – Maurice of Nassau – after whom Mauritius was named in 1598.

The fort, also referred to as The Lodge, suffered many damages over the years as a result of severe cyclones. On June 1695, a fire broke out shortly before daybreak and the thatched-roof compound was completely burned to ashes. The ruling governor of that period, Deodati, managed to run for his life in his night clothes. 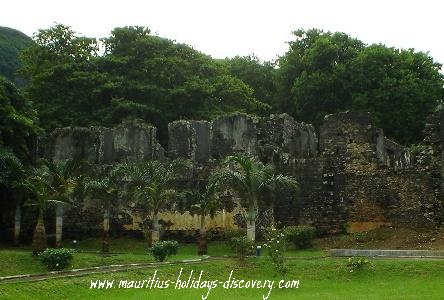 Ruins of The Lodge

On that day he quickly ordered an inquiry and arrested some slaves. He tortured them by tearing their flesh from their bodies with red-hot tongs. Prior being summarily put to death, they were forced to admit that they planned to kill the governor and his men in order to take control of the country.

By 1805 the settlement was abandoned and the site converted into a military post. Prominent French governor Mahé de La Bourdonnais already established his official residence in Port Louis, the capital of Mauritius. He and subsequent governors encouraged the island’s inhabitants to relocate to the capital.

Gradually the settlement drifted into ruins and stones from the abandoned buildings were used to build nearby Mahébourg town.

In 1998 the historical site of Old Grand Port was opened by His Highness Prince Maurits of Orange-Nassau.

The Museum has been renovated with the help of Tropenmuseum based in Amsterdam, The Netherlands and the Mauritius Museums Council. 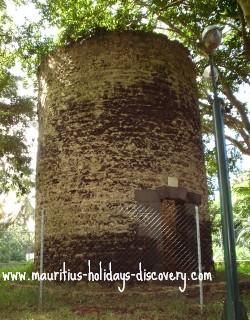 It is a vestige of the French colonial period and was used as a vantage point to observe the bay of Grand Port for any incoming ships. The security of the colony was particularly of great concern to the French. Attacks from the British to invade the island were more frequent and intimidating.

In August 1810 a squadron of frigates from the British Royal Navy launched a battle, which in Mauritian history is known as the Naval Battle of Grand Port, to take possession of the port. The British, however, suffered heavy losses and were defeated.