Maha Shivaratri in Mauritius: The Night of Shiva

Maha Shivaratri, which literally translates to the “Great Night of Lord Shiva”, is the most popular Hindu festival in Mauritius.

It is observed every year according to the Hindu calendar; on the thirteenth night and fourteenth day of the eleventh Hindu month of Phalguna or Maagh (February – March).

Devotees of Lord Shiva converge by thousands, with great fervor and reverence to Ganga Talao – the Sacred Lake. 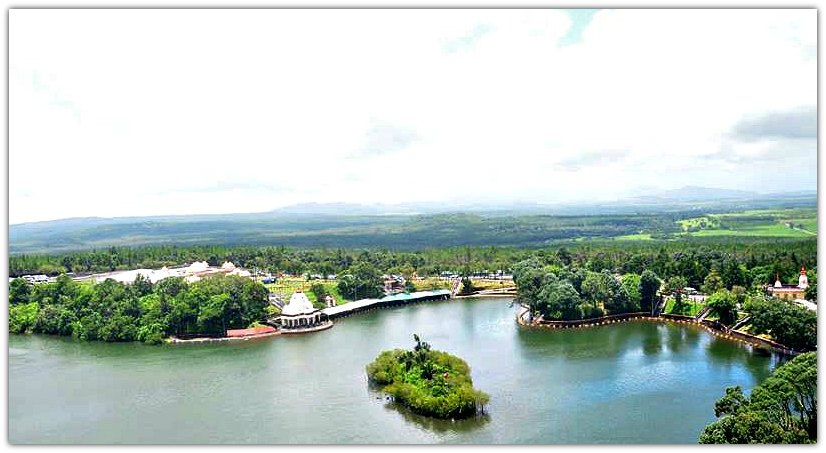 Ganga Talao is pivotal to the festival. Historical records state that pilgrimage to the crater lake which is located deep in the secluded mountainous highlands of Mauritius started in 1898.

A year earlier two Hindu priests, Shri Jhummon Giri Gosagne Napal and Sri Mohanparsad saw in their dreams water from Jahnavi (Ganges River) springing in the pond. Stories about the dreams spread like wild fire and stirred the Hindu community. The belief that the lake was connected to the Ganges created a profound linkage to mainland India for the indentured Indian immigrants of Hindu Faith.

In the following month of Phalguna, Pandit Giri Gosagne Napal headed the first group of pilgrims to Grand Bassin - literally translates to the “Big Lake” - , a far cry lake from Triolet. Braving pitch dark nights and mosquito-infested swamps, they trekked for days in the densely forested and muddy uplands to collect water from the pond to offer to Lord Shiva in their home temples. This was the very first time Maha Shivaratri was celebrated in Mauritius.

In those days Grand Bassin was known as Pari Talao – the Lake of Fairies – to the Hindu population. It was widely spread folklore that celestial damsels attired in shimmery silk inhabited the place and undulated with rapture to the tune of heavenly music.

In 1972 water was collected from the Ganges and poured in the lake to establish a symbolic link with the sacred Indian River. From that time on Grand Bassin is known as Ganga Talao – the “Lake of Ganges.”

All around Mauritius preparations to the annual pilgrimage begin weeks earlier. Devotees will start crafting colorful bamboo structures known as kanwars for the Kanwar Yatra (procession). 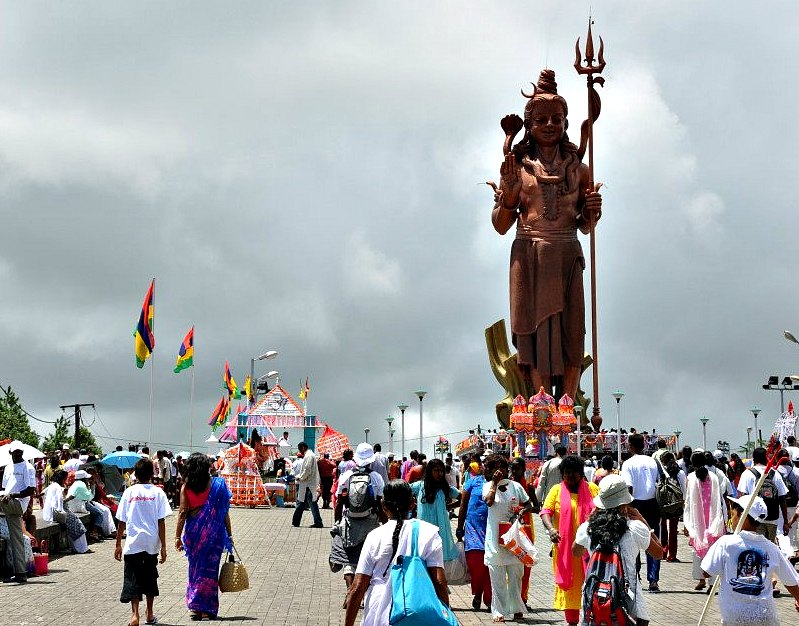 After observing a strict vegetarian diet which normally lasts for one week the Maha Shivaratri pilgrims will leave their homes and villages to proceed to Ganga Talao. Those carrying the kanwars will start their journey by foot; others will travel by cars and buses.

The devotees will offer prayers and collect sacred water – Ganga Jal - from the lake to pour on Shiva lingams, a symbolic representation of deity Shiva.

The whole scene, to a lesser extent, is reminiscent of great rituals performed on the banks of the Holy Ganges in India

It is common tradition for the believers to chant devotional songs known as bhajans all the way. Mantras and incantations are diffused through loudspeakers tied on car domes.

For those by foot, the return journey to their hometown may last up to one week. Volunteer community support is provided through food and refreshment distribution. Tarpaulin shelters and temple halls are made available all around the island for rest and sleep breaks. 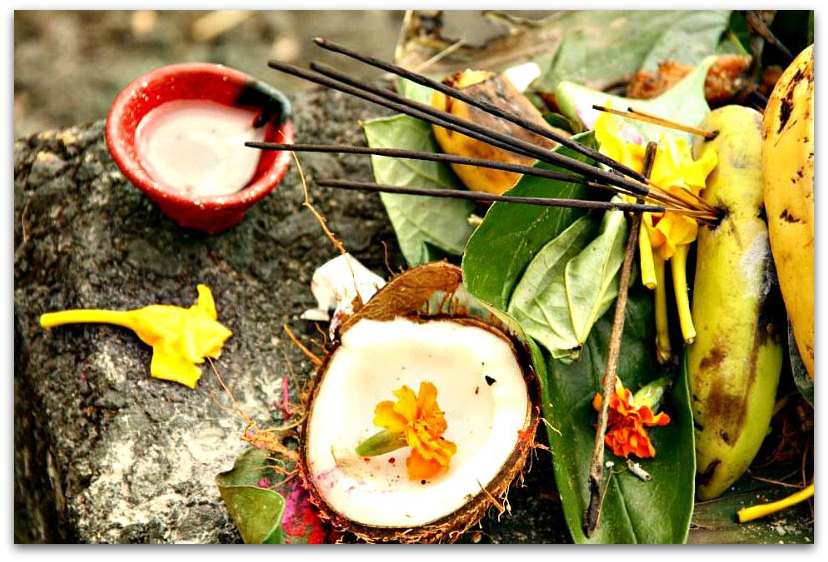 The Char Pahar ki Puja culminates Maha Shivaratri. It is a four-round of prayers, with each round lasting for three hours and a one hour break (pahar), offered to Lord Shiva  from sunset to sunrise.

During each pahar officiating priests in temples will glorify Lord Shiva and perform the traditional “shiv Abhishek” where the Shiva-Linga is given a solemn bath with milk, honey, rose water, curd, clarified butter and sandalwood paste.

Ganga Jal (the holy water from Ganga Talao), is poured on the linga, along with the offerings of fruits, incense sticks, flowers and “bel patra” (( a trifoliate leave  which is symbolic of Trikaal or the Hindu Trinity of Devas known as Brahma, Vishnu and Mahesh). 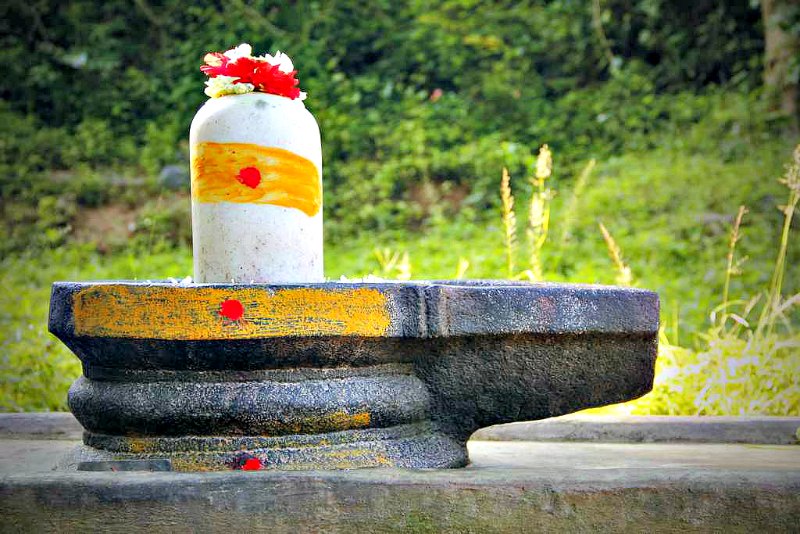 It is believed that ablution of Lord Shiva will purify one’s soul. By bathing Lord Shiva with the holy water from Ganga Talao one can attain salvation.