Robert Edward Hart was a Mauritian poet born on 17 August 1891 in Port Louis and passed away on 6 November 1954 at Souillac, a lovely beach village in the south of Mauritius.

The poet spent the last 13 years of his life at Le Nef (the nave), a bucolic coral-stone beach cottage, after his retirement as Curator and Librarian of the Mauritius Institute; at the ground floor of which the Mauritius Natural History Museum is located.

Le Nef bungalow was erected through contributions made by the poet's friends after his first house was destroyed in a cyclone.

To that effect he wrote a beautiful poem to express his gratitude for the generosity of his well-wishers.

You can read about the poem at the entrance of the memorial museum.

Following the demise of the poet, the Government purchased his premises in 1963 to erect a museum in his memory. 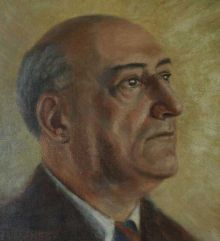 During your visit at the museum the lobby will lead you to a hall which served as a dinning as well as a guest room. You can also visit his bedroom, kitchen and study room.

Hart’s violin, typewriter, paintings and medals which honoured him with the tittles of Officer of the British Empire (January 1949) by England and Chevalier de la L’égion d’Honneur (June 1950) by France are also displayed.

Lord I looked for you in the depth of my thoughts. . .

You lived in my heart and I understood it

At this hour of grief where, silent and surprised,

I felt you shine from my anguished night.

And I am coming to you, I a passer-by.

The poet enriched Mauritian literature with many poems, plays, speeches and chronicles.

He was awarded the Prix Edgar Poe by Maison de Poésie de France for a selection of poems he published under the title Poëmes Solaires (1937).

It is not a surprise to find the Holy Bible, a translation of the Holy Quran by Yusuf Ali and that of the Bhagavad Gita by Shri Aurobindo side by side on his desk.

His writings are indeed rare to find.

Copies and originals of some of his works are displayed at the memorial museum. 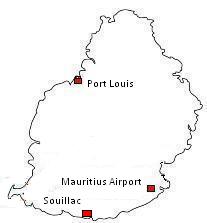