A small endemic passerine, the Mauritius Olive White-eye is considered critically endangered following severe decline in its population size and distribution over the past few decades.

It is the smallest of the Mauritian songbirds and is the least known of all Mauritian birds. Unsurprisingly, it is difficult to trace its common name in the local Creole tongue.

Conservation efforts to help save the species from extinction were initiated in 2005 and a field team was stationed at Combo, in the uplands of Mauritius, to study the breeding and general behavior of these birds in their natural wild habitat. 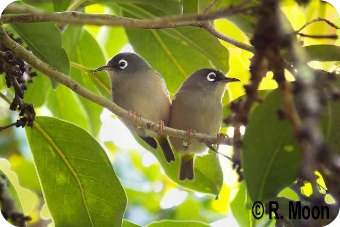 International Union for the Conservation of Nature - Critically Endangered

Eyes are surrounded by a conspicuous white ring

Habitat  degradation and loss caused by the introduction of exotic plants

Rescue/harvest of wild nests, artificial incubation and hand-rearing of offspring

A trial release of birds to the predator-free and restored Ile aux Aigrettes, located off the coast of south-east Mauritius, in December 2006 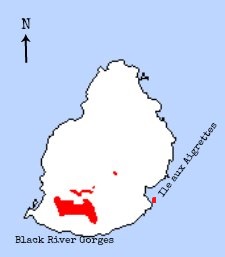